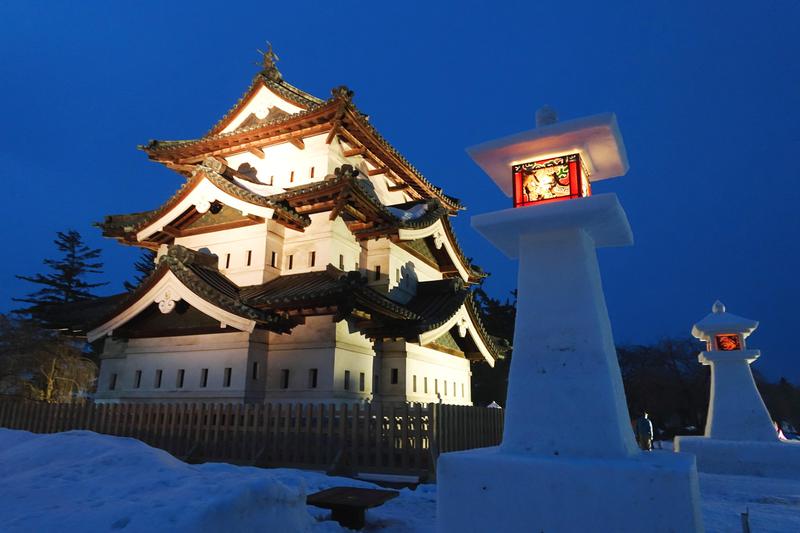 Hirosaki Castle is also known as Takaoka castle. The castle still has its keep and yagura towers built during the Edo period and has been designated Important Cultural Property of Japan. The castle ruins have also been designated national historic site. During the Edo period, the Tsugaru clan decided to live in the castle to rule over the Hirosaki Domain of 47,000 koku (unit used at the time to measure the size of a domain). Hirosaki castle became the politic and economic center of the Tsugaru region. After the initial construction, the castle measured 612 m in the east-west direction and 947 m in the north-south direction for a total area of 385,200 m2. Now, the moat, the stone walls, the earthwork fortifications, and the other parts of the castle are almost in the same state as at the time the castle stopped being used. Eight buildings still remain, in addition to the keep, which can be counted as one of the only 12 original keeps remaining in Japan.

Winter in Tohoku is long.
It's fun that way.
Delivering "the hottest" of Tohoku.