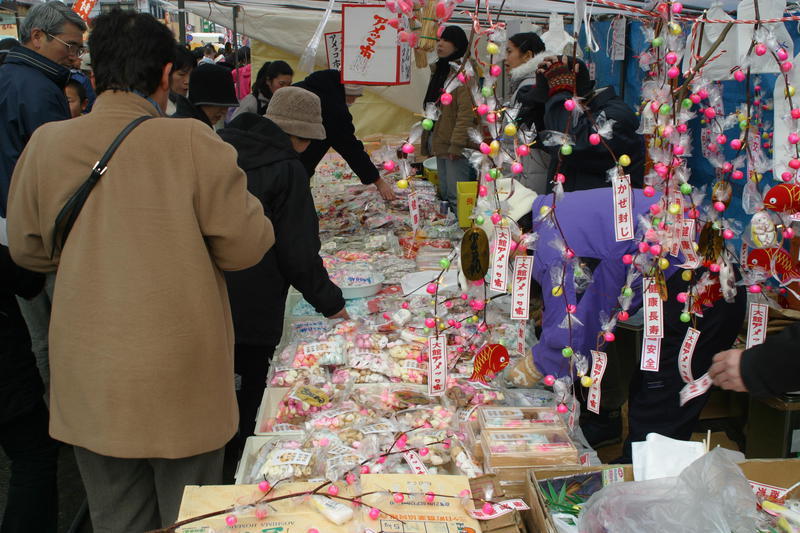 The origin of the Amekkoichi festival lies in the saying “If you eat a candy this day, you will not catch a cold” and supposedly dates back to 1588. Amekkoichi was a folk festival at the time. It has been passed down from that period and is now held in Omachi Hachiko-dori (previously Omachi Chuo-dori) since 1972. During two days, several events are held, including the Akita dog parade and the Shirahige Okami procession, which is inspired by the legend of a god who comes from the highest mountain in Odake city, Mount Tashiro, to buy candies. A large number of stalls in the venue selling lollipops in the shape of branches and sweets attracts a lot of tourists from inside and outside the prefecture. Date: Second Saturday and Sunday of February

Winter in Tohoku is long.
It's fun that way.
Delivering "the hottest" of Tohoku.